Daily keno is one of the many options for playing this great game. We are going to look at the history of the game, give you some good tips on strategies, as well as some other interesting facts about this game. You may be surprised, or perhaps not. Either way, you will get some valuable information on the game. 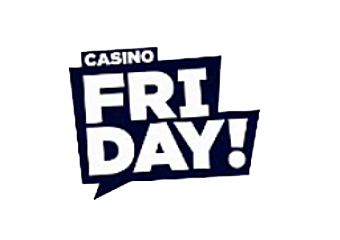 20 Free Spins for signing up
Get Bonus! Casino Review
19+ .The welcome bonus contains 20 bonus spins on Book of Dead on registration, plus 180 bonus spins on your first deposit (20 per day for 9 days. Plus a deposit bonus up to $600 across your first 3 deposits. Bonuses must be wagered 25 times. Please Gamble Responsibly rgf.org.mt

Keno is quite popular in Canadian casinos lately and it’s so easy to play!

Keno is what is known as a “lottery style” game. It is almost always played with a series of numbered balls. The balls are put into a transparent container and several of them (usually 20 of them) are drawn out in sequence and announced. The exact method of drawing and other unique features are known to vary greatly.

When you are playing online, you can play keno live, or you can play versus a computer by yourself, depending on your preference at the time. The players pick their numbers before the draw and then the numbers are called out. The person closest to the numbers drawn is the winner. That much is common in all of the keno’s variants.

Generally, the idea to win at keno is to get as many matches as possible. Since the numbers on the balls almost always go from 1 to 80, it’s pretty easy to get that first match. The trick is to get those multiple matches, which are going to be what gives you a winning combination.

The first thing to remember about playing keno is that, unless you are playing some really esoteric variation of the game, the order of the numbers doesn’t matter at all. So this isn’t something you have to worry about. Also, since you play all of your numbers before the first one is drawn, there isn’t much strategy involved there.

Therefore, when we talk about strategy with keno, it implies betting strategies that go into effect over multiple games. If you are familiar with roulette strategies, there are a lot of similarities between them and the keno strategies. However, there are theories that true randomness doesn’t exist, and patterns can always be found and taken advantage of.

Now, let’s move on to managing your funds and betting intelligently during a game of keno. This is where more of the similarities to playing roulette come in. You can double up when winning, double up when losing, or tons of variations on the same theme. People often feel that strategies increase their enjoyment of the game.

Of course, the common-sense rules also apply here. Make an initial deposit, and stick with that deposit, which is your iron-clad budget. Don’t go over your budget in a given time period. Also, don’t bet based on trying to compensate for losses. Keep a cool head at all times and stick to your chosen strategy.

Also, an often overlooked strategy is to play the bonuses as you find them. People overlook this because it requires searching out bonuses at various online casinos, including casinos you may not be familiar with. It also implies making sure you are fully aware of potential differences in the rules. However, this can be an excellent strategy if done right.

Pros and Cons of Playing Keno

It’s not uncommon to see interesting variations of ways to bet in keno, depending on the casino. In a “straight ticket”, you simply bet on any amount of numbers as one single unified bet. But there are often other options. For example, there is the “combination ticket”, where you can bet different amounts on different numbers and combinations of numbers.

It’s very important to pay attention to the paytables, as those are what vary the most from game to game and casino to casino. The strategies you employ out of those described above or others will be heavily influenced by those paytables. You may even find a loophole for a little while if you are really diligent.

Let’s be honest. Keno is a game that lends itself heavily to casual gaming, as opposed to really digging in and going for multiple rounds. People often combine sessions of keno with other games. Another common tactic is to go from casino to casino, taking advantage of bonus offers as described above. This is, of course, especially effective online.

Many serious players do play keno in some way, shape, or form, however. Often people will consider keno to be a great way to warm themselves up for a serious day at the casino. This includes even professional players. People have been known to say that keno helps them relax and get into the zone for gambling in a stress-free way.

Keno is also great for people who have low budgets, or just want to limit their risks for whatever other reason. In brick and mortar casinos, keno is a great way to hang out in the casino and take in the ambiance while casually playing. Playing online, it’s a great way to kill time with minimal risk.

One thing many people don’t know about the game of keno is that it may possibly be the oldest game out there currently! The game is estimated to be a good solid 3000 years old in its initial versions. Like most casino games, we don’t have exact data on keno’s origins, but we have some probable stories.

Keno Comes From the Beginning of the Han Dynasty

Way back at the beginning of the history of China as a civilization, the game came into being. It was used at the time as a way to help fill public coffers and balance the budget without having to actually resort to taxing people. Apparently, it was a resounding success, and governments all over still use the same tactic today!

The Game of Keno Went International 200 Years Ago.

The game remained a strictly Chinese phenomenon for millennia, but in the 1800s Chinese people started to emigrate all over the world. They brought the game to the shores of America and Canada, where it quickly spread and gained popularity. Today it’s a staple of both brick and mortar and online casinos the world over.

Keno is a lottery based game played with numbered balls.

Where can I play keno online?

Most online casinos will have one or more keno variations.

Is keno hard to learn?

Keno, among similar games, is one of the easiest to learn.

Can you win big at keno?

There's a good chance of winning, just like any other game.

Where is the best place to play keno?

There are many options and it depends on personal taste.

Is keno the right game for me?

It definitely is if you like simple and straightforward games.